Toyota C-HR 2016 review – The Prius for the crossover generation 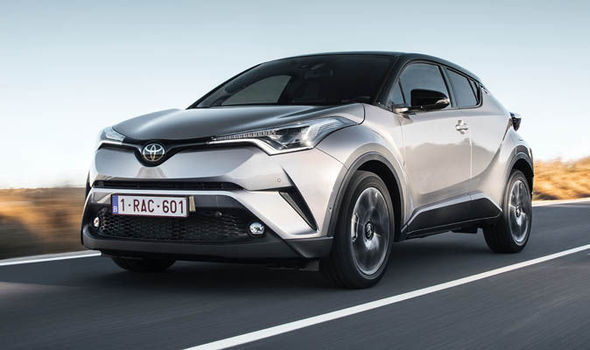 the recent version of the RAV4 has grown to become a much larger vehicle and this C-HR steps into its place and will challenge the likes of the Nissan Qashqai, Renault Kadjar, new Seat Ateca and more.

With so much competition in the crossover class these days, the C-HR needs to do something really special to stand out.

Most obviously Toyota has broken away from its relatively restrained approach to styling and made the C-HR a visually striking car, with a sleek roof line, bulging wheel arches and sharp creases aplenty with a recurring diamond motif across many exterior panels

But underneath those daring and radical looks lies a very sensible approach and it is one that sets the C-HR apart from its rivals.

There’s no diesel engine on offer in the Toyota, just one 1.2-litre turbocharged petrol and a 1.8-litre petrol/electric hybrid.

In fact, the C-HR shares much with the latest version of Toyota’s eco-minded Prius. Because the C-HR is heavier, more upright and less aerodynamic it doesn’t offer the same fuel efficiency and emissions as the Prius.

But it does produce an impressive set of economy figures: 86g/km emissions and 74.3mpg if you drive carefully.

The Prius underpinnings also have a positive impact on how the C-HR drives. It has a very low centre of gravity, which means there is little body roll around corners, so it is impressively agile.

The driving experience is quietly impressive in almost all areas: the ride is comfortable and controlled, even on larger 18-inch alloy wheels, and the steering is light but accurate. Despite this, the C-HR isn’t an entertaining sports car, primarily because of its engines.

The 1.2-litre petrol is the more enjoyable and is quiet and relaxed at all speeds. It can overtake faster, but with 0 to 60mph in 10.9 seconds it’s not quick (the hybrid is slightly slower at 11.1 seconds) and you need the smooth gearbox to make the most of any acceleration. 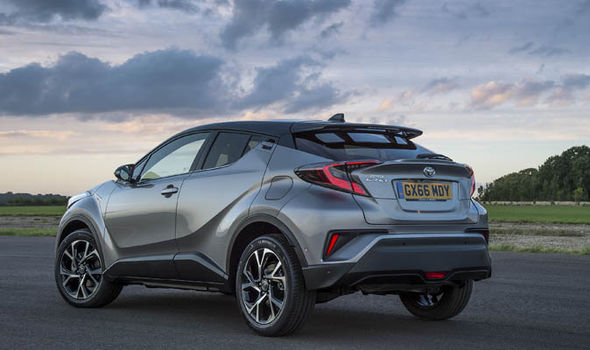 Only the 1.2 automatic comes in four-wheel drive form too. However, the hybrid engine is much less rewarding to drive. At its best in-town speeds, it is almost silent when in electric mode.

The switch between battery and petrol power is barely discernible, but it is much noisier when you accelerate harder and get up to higher speeds.

It isn’t helped by the automatic gearbox which never seems settled and often hunts around for the right gear. Sharing its underneath with the Prius brings benefits.

The battery and electric motors are kept tucked away neatly without impacting on passenger or luggage space but the boot is still some way off the best in class, at 377 litres, thanks in part to the swooping roofline. 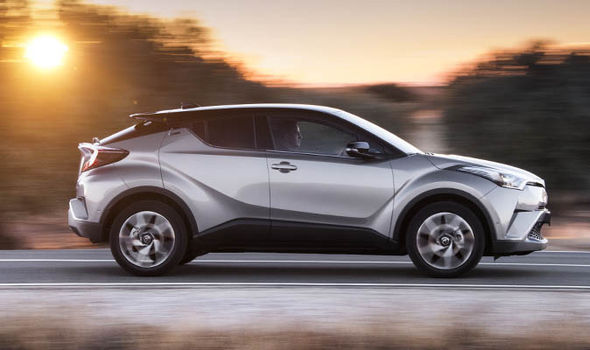 There is a decent amount of space in the rear cabin, where three adults should be able to sit comfortably alongside each other, although the seats don’t slide as they do on some rivals.

What will affect rear passenger comfort is the pillar between the rear door and back of the car that creates a high window line and makes the car feel dark and claustrophobic.

This also reduces rear visibility, although this is partly negated by the very generous kit list that includes a rear parking camera as standard.

Only three trim levels are on offer, but even the basic Icon model comes with equipment such as dual-zone air conditioning, auto lights, wipers and mirrors and Toyota’s Touch 2 infotainment system.

Step up to Excel and you get a park assist system, front and rear parking sensors, satellite navigation and part-leather heated seats. Top-level Dynamic trim gets sportier styling touches like a contrast roof, 18-inch alloy wheels and LED headlights

As well as being well equipped the cabin feels high quality too, with a succession of plastics and materials that feel as though they will be hard wearing and buttons that are pleasingly resistant when prodded.

These feature the same diamond-shaped motif that appears elsewhere on the car. Toyota reckons that almost three quarters of UK buyers will opt for the hybrid version of the C-HR.

Although it suffers from some shortcomings, the low running costs go a long way to make up for them. Add in the high level of standard equipment and those striking looks and the C-HR is a compelling alternative to those who want the economic benefits of the Prius, but not its image. 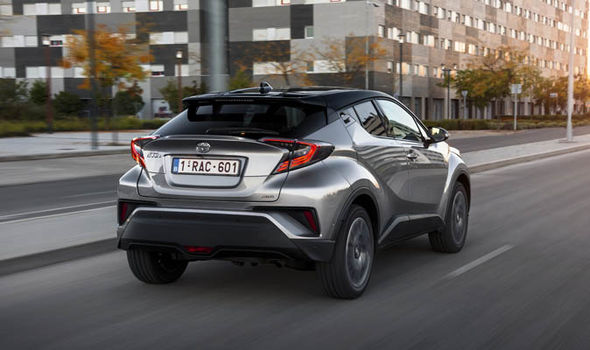