Toyota Motor Corp. is on the road less traveled with Hui, its new car-sharing service, available exclusively in Hawaii. 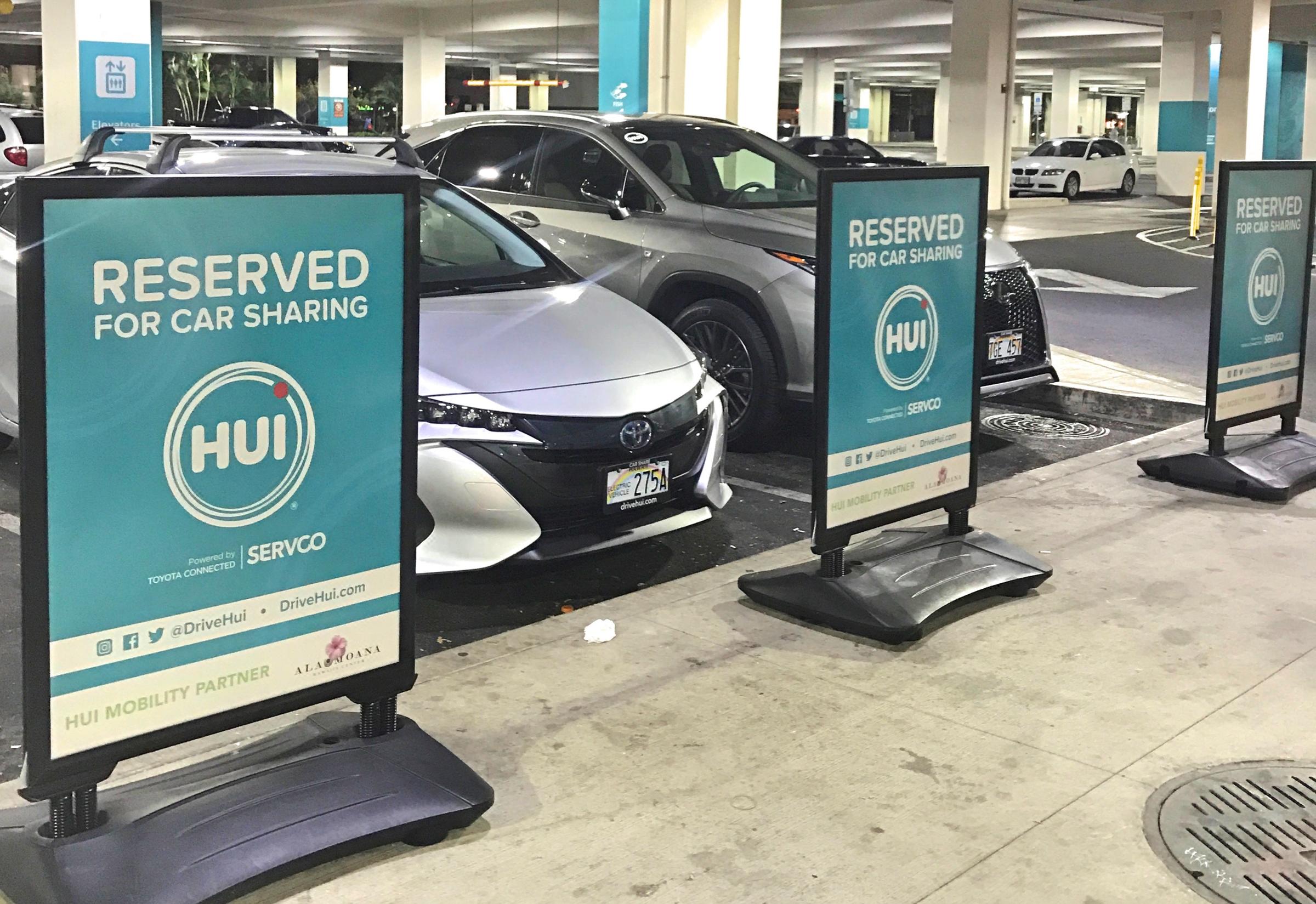 The service, which offers reservations through a smartphone app, gives drivers in Honolulu 25 pick-up and drop-off locations in the city, and a choice of 70 Toyota and Lexus vehicles, including Priuses and Camrys. Cars can be unlocked with started with the smartphone app using technology called Smart Key Box, and they must be dropped off where they were picked up.

Hui is a monthly membership program. Toyota is currently offering users an “Elite” plan for $14.95 per month aimed at more frequent drivers. The company will will soon offer a fee-free monthly “Freedom” membership with will have higher hourly and daily rates. Through the Elite plan, a Camry XSE costs $13.95 per hour ($111.60 per day), while a Prius will set drivers back $9.95 per hour ($79.60 per day).

This this isn’t the automaker’s first foray into the auto sharing economy. Through its trading arm, Toyota Tsusho Corp., Toyota invested $1 billion in Asia’s ride-sharing leader, Grab, earlier this year. Grab is valued at around $10 billion. Toyota has also invested in Japan Taxi, Japan’s Uber rival, and is also working with Amazon to develop a self-driving shuttle.

Toyota says it won’t discuss whether it plans to expand Hui to other cities. The car-sharing program is a joint venture between Toyota and Servco Pacific, Toyota’s new car distributor in Hawaii. With a market capitalization of about $221 billion, Toyota is the world’s most valuable carmaker.