PLANO, Texas (September 28, 2020) – Built for the seekers of new experiences and adventures, Toyota’s all-new 2021 Venza delivers on this quest, empowering drivers to discover the unlimited possibilities that await them on the road ahead. Today, Toyota celebrates Venza with the launch of the “Seekers of New” marketing campaign.

“The new campaign beautifully highlights the best that Venza has to offer,” said Ed Laukes, group vice president, Toyota Marketing, Toyota Motor North America. “We’re thrilled to give our guests an elevated driving experience in a vehicle they can enjoy. Complete with advanced vehicle technologies and hybrid performance, Venza upholds the impeccable quality, style, and handling our customers know and expect from Toyota.”

The “Seekers of New” campaign hero spot “Lifesaver” features a couple’s quest to save their beloved family pet. The owners leverage Venza’s impressive performance capabilities to  maneuver roads and travel safely through less-than-ideal weather conditions throughout their search. With additional help from the available digital rearview mirror, the family is reunited with their best (fur) friend, proving that Venza is everything they need when they need it most.

The all-new 2021 Toyota Venza debuts with the TV spot “Lifesaver.”

To kick off the campaign, Toyota has partnered with TIME100 and ABC in the first-ever broadcast of the 1-hour TIME100 special. The partnership also recognizes the all-new Toyota Venza as the TIME101st honoree, in which Toyota’s hybrid legacy is highlighted. The integrated campaign will appear nationally on broadcast, digital, and paid social. The TV spot will air during prime time, early morning, sports programming, and cable on networks including ABC, NBC, HGTV, Food Network, USA, Discovery, and Bravo. In addition, creative will be featured during the highly anticipated return of the NFL on Thursday and Sunday Night Football as well as the NBA playoffs. Other digital campaign elements include custom editorial series and sponsorships on The Atlantic, NPR, Spotify, and The Guardian with targeted ads across premium publishers such as Hulu, Amazon, Verizon Media, and YouTube. Paid social will include Pinterest, Facebook, Twitter and Instagram.

The all-new 2021 Venza model is available now at dealerships nationwide. Venza is available in a choice of three vehicle grades: LE, XLE and Limited. 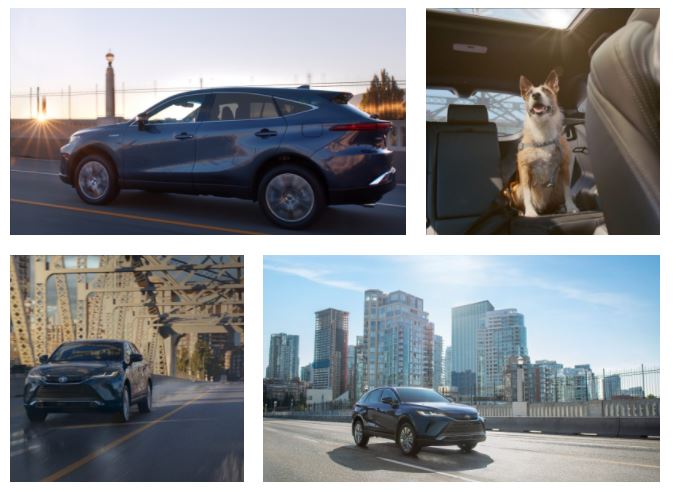 Toyota (NYSE:TM) has been a part of the cultural fabric in the U.S. and North America for more than 60 years, and is committed to advancing sustainable, next-generation mobility through our Toyota and Lexus brands. During that time, Toyota has created a tremendous value chain as our teams have contributed to world-class design, engineering, and assembly of more than 40 million cars and trucks in North America, where we have 14 manufacturing plants, 15 including our joint venture in Alabama (10 in the U.S.), and directly employ more than 47,000 people (over 36,000 in the U.S.). Our 1,800 North American dealerships (nearly 1,500 in the U.S.) sold 2.8 million cars and trucks (2.4 million in the U.S.) in 2019.