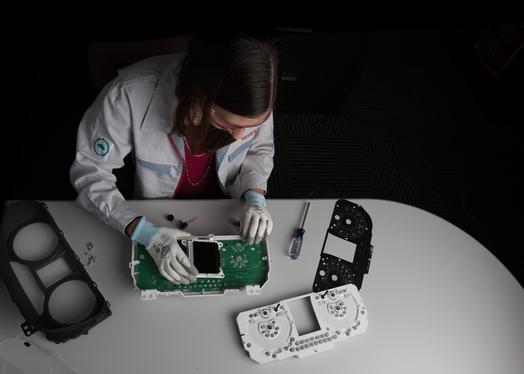 Intellectual Property Owners Association (IPO) Lists Toyota as Automaker with Most U.S. Patents for Fourth Consecutive Year
June 18, 2018
Ann Arbor, Mich. (June 18, 2018) – In his address to investors last month, Akio Toyoda spoke of transforming the company that bears his family name from an automaker into a mobility company. While that official change in direction was a recent announcement, Toyota’s engineers and scientists have been expanding their research and development efforts to include mobility solutions and technology for several years. The results of their continuous improvement of existing technology and innovation of new solutions has resulted in many advances. It has also generated a lot of patents. A lot.

How many is a lot? In 2017, Toyota was awarded 2,015 patents by the United States Patent and Trademark Office– the most of any automaker. In fact, this is the fourth year in a row that Toyota has been awarded more patents than anyone else in the automobile manufacturing space. But it’s not only the auto industry that Toyota is leading.

One of the top patent awardees in any industry.
Toyota’s engineers, researchers and scientists are constantly at work developing everything from breakthrough mobility technology to advanced fuel cell systems. This work, and the resulting patents, make Toyota one of the top 14 most innovative companies on the IPO list, putting them in the company of technology leaders like IBM, Apple and Microsoft.

A history of innovation
Toyota has always been an innovative company. In fact, Toyota’s origin story begins when Sakichi Toyoda, father of Toyota founder Kiichiro Toyoda, was awarded the first Toyoda patent in 1891 for a weaving loom design.  By 1984, the first year IPO published its Top Patents list, Toyota was already in the top 25. Over the years, Toyota’s place on that list has varied, but 2003, Toyota has been awarded more patents (14,215) than any other automaker.

While having the most patents is a great achievement, it is not Toyota’s goal. Their goal remains the same today as it was when Sakichi Toyoda received the company’s very first patent- To build things that improve society. Patents are simply evidence of the hard work and innovation along the way.